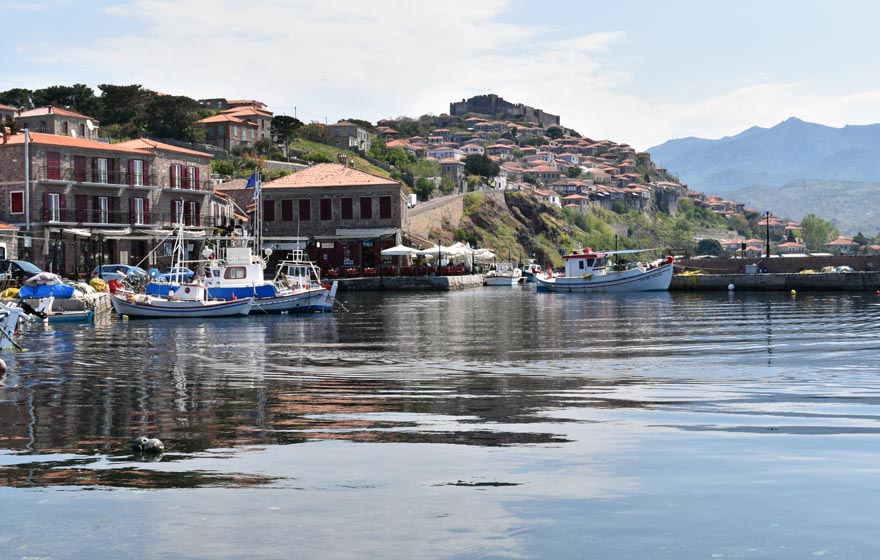 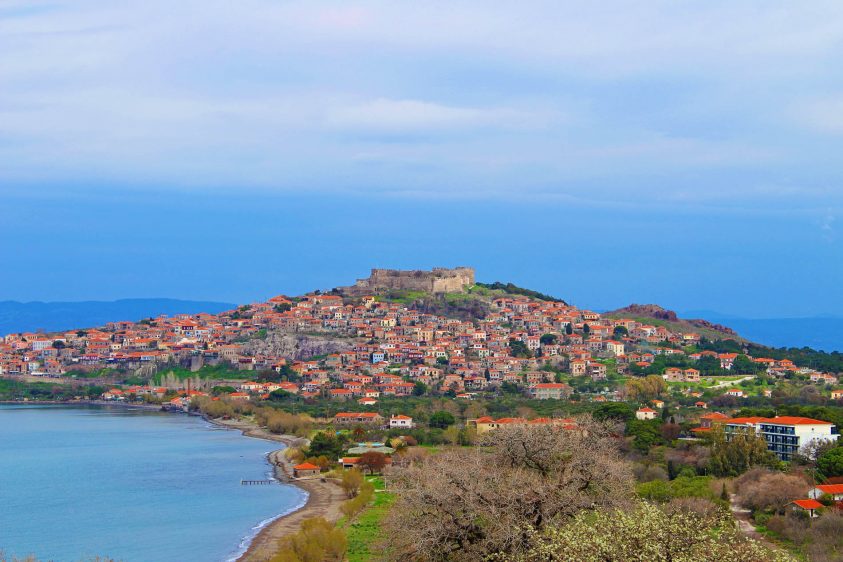 Visit the Town hall, with its important archeological collection, the municipal Art gallery and school of fine Arts, the village library and churches, the picturesque harbour with its abundance of bars, restaurants and cafes, and finally, the 'Agora' were you may enjoy a day shopping and good food. The main beach of the town. There are more sandy or pebble at the outskirts of Molivos such as Eftalou, Psiriara etc.

Mithymna owns an archaeological collection with impressive findings from the surrounding area, and a library with a collection of over ten thousand volumes and manuscripts. In the past, music was the beloved activity of the Mithymnian people. Arion was a brilliant poet who set music to verses like no other. Zeus, Dionysos and Hercules were especially worshipped. Virgile mentions that the grapes of Mithymna were unequalled in their aroma and nectars. A panoramic view of Molivos... Since 1960, tourist development has played a critical role in the life and evolution of Molyvos. Every year a significant number of cultural events and conferences, both national and international, are held in Molyvos. Art exhibitions, lectures, theatrical performances and folklore events are held in the town. Apart from the tourist industry, the local inhabitants also work in the fishing, olive cultivation, cattle-breeding and farming sector.